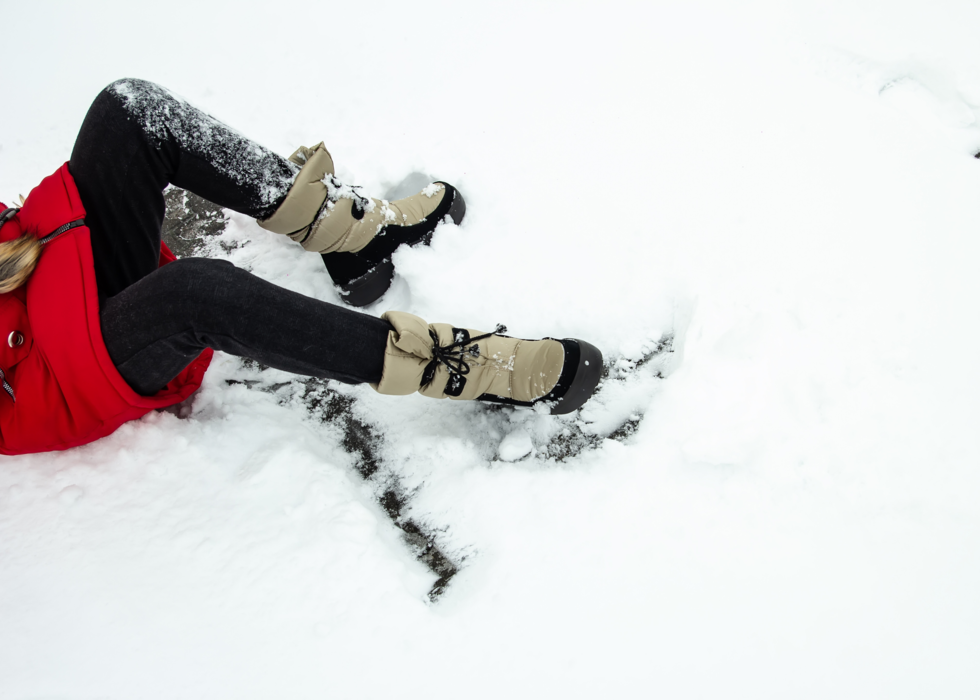 Trish's Story
Trish went to meet her family for breakfast one morning at a local diner. As she exited her motor vehicle, she slipped on the ice and snow in the parking lot and fell to the ground fracturing her leg. There were many issues that were raised by the insurance company.
First, the insurance company claimed that Trish wasn't being careful enough and that she was partially responsible for her fall. The ownership of the area where she fell was contested so we hired a title searcher to determine who owned the property at the exact location of her fall. The insurance company also hired a private investigator to videotape Trish when she went Christmas shopping one day. The insurance company claimed she could walk around and Christmas shop so she could not have been injured that badly.
We used their videotape against them by showing that she walked with a noticeable limp and she had to stop and rest on numerous occasions. We were also able to prove, through various witnesses, that they did not show on the videotape the number of times that she stopped to rest thereby misrepresenting how much she had to stop and sit down in order to rest her sore leg.
We were able to resolve this case, prior to trial, for a substantial amount of money and Trish was very happy at the outcome.