Slip and Fall on Snow and Ice 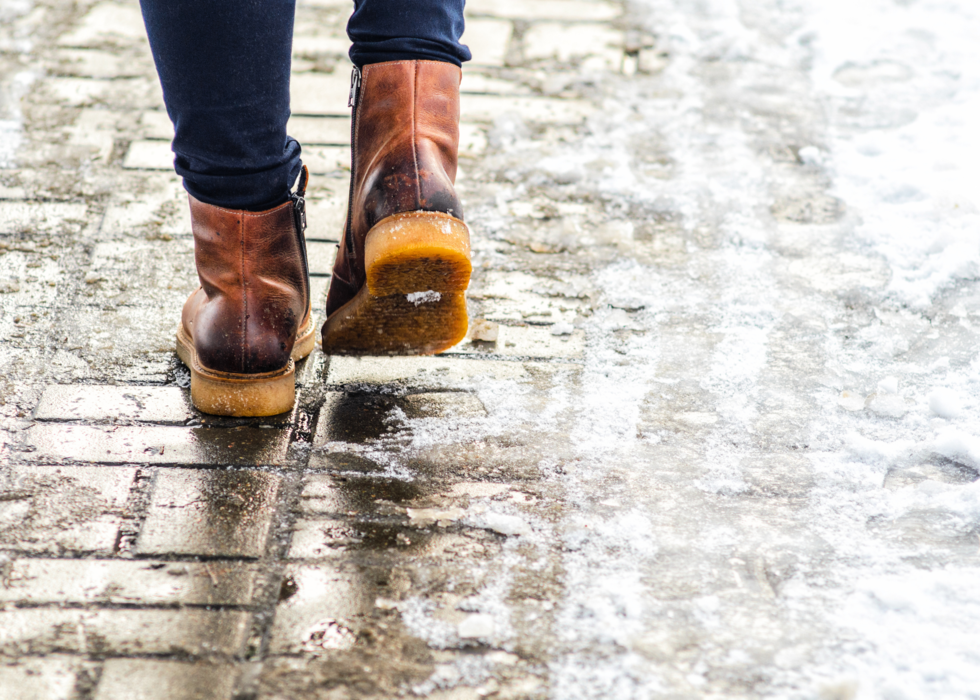 Early one morning, Tom left the condominium he was renting to go to work. It was approximately 5 AM- before the maintenance crew came to sand the parking lot. There also happened to be a blackout in the area during that week. As he was walking to his truck, Tom slipped on ice, fell, and broke his leg. He was transported to the hospital where he had surgery that involved inserting rods and screws into his leg.

The insurance company for the Condominium Association and the Management Company made several claims as to why our client could not collect money damages. They asserted that their plowing company was scheduled to arrive  a half-hour after his fall. They said there was a blackout in the area so that the lights in the parking area were not working properly, and they indicated that our client was not careful and that any injury he sustained was due to his negligence.

Our premises liability expert determined that the light located in the parking lot was not working, that the ice on the parking lot was the result of melting water from the buildings and the roofs that drained directly onto the parking lot, and that the accumulated ice resulted from thawing and refreezing conditions which should have been taken care of in the days preceding our client's fall.

We also used our meteorological expert, who said that the temperatures in the days preceding our client's fall would rise above 32° during the day, allowing the snow and ice to melt. At night the temperature would drop below 32°, which would cause the water to freeze.

We sued both the Management Company and the Condominium Association, who claimed that neither was responsible for our client's injuries and damages. Both refused to offer any money to resolve the case. On the eve of trial, we were able to mediate the case, which outcome resulted in both the Condominium Association and the Management Company paying our client a substantial amount of money. Our client was thrilled with the result!