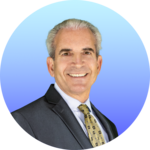 Attorney Hastings concentrates his practice on personal injury and litigation. Devoted to helping those who have suffered some type of wrong, Richard P. Hastings concentrates his law practice on personal injury law, which consists of a variety of injury cases including motor vehicle accidents, dog bite incidents, hit and run accidents, and pedestrian accidents.

Personable, responsive, and aggressive, Richard P. Hastings has received the prestigious honor of being recognized as one of the "10 Best" Attorneys for CT in Client Satisfaction by the American Institute of Personal Injury Attorneys for 2014-2017. Attorney Hastings has also been named one of the Top 100 Trial Lawyers in Connecticut by The National Trial Lawyers for 2013-2016. He is a member of the Million Dollar Advocates Forum, a prestigious group of trial lawyers in the United States in which less than 1% of all lawyers in the country are members. In addition, he was named a CT Super Lawyer and a New England Super Lawyer for 2011-2013 and 2017-2018.

Named a recipient of The National Republican Congressional Committee's prestigious Businessman of the Year Award, Attorney Hastings was also selected for inclusion in Who's Who Among Executives, Professional and Entrepreneurs.

Attorney Hastings also has extensive business and commercial experience. He represents businesses, consultants, trading companies, mortgage brokers, banks, manufacturers, retail establishments, restaurants, and numerous service industry clients. He has assisted inventors and start-up companies and prepared memoranda for raising venture capital. Attorney Hastings is also a respected real estate investor who utilizes cutting-edge strategies for the maximization of profits and the minimization of tax liabilities. He currently sits on the Board of Directors of a number of corporations, is involved in numerous general partnerships, and serves as legal counsel to countless others.

Attorney Hastings is the co-author of Wolf in Sheep's Clothing published by CelebrityPress which was #1 on the Insurance Best-Seller list on Amazon.com for its launch date. He has also been inducted into the National Academy of Best-Selling Authors and is a member of America's Premier Experts. Attorney Hastings is also a co-contributor to the book Ready, Aim, Influence! This book became a number one international bestseller and received an EIPPY award that celebrates publishing excellence.

Attorney Hastings is an outspoken advocate for teen driver safety reform and education. As a result, he was appointed to DMV Commissioner's Advisory Committee on Teen Safe Driving, which investigates proposed national models for parent and teen education and accident prevention.

Raised in Ridgefield, Attorney Hastings is the oldest of five boys. He enjoys writing, golf, hiking, attending motivational seminars, mediation, and riding his Harley. He has a brown belt in jujitsu, meditates with Buddhist monks, and has met the 14th Dalai Lama. Richard also enjoys spending time with his three children; Alexandra, a lawyer who works for the City of New York Torts Division; Katie, a graduate student at Gonzaga University; and Zachary, a recent UCONN graduate.

Attorney Hastings has accumulated an impressive list of awards and mentions by legal publications, including: 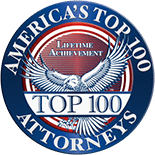 Sharing His Knowledge with the Next Generation

Attorney Hastings has taught lawyers throughout the country how to maximize the amount of money that they can get for their cases. He was invited to participate in this webinar by a Georgia-based legal education company because of his experience in dealing with insurance companies that utilize computer software programs in an effort to artificially lower the value of injury cases.

As a result of his vast experience in personal injury law and due to his creative methodologies, Attorney Hastings has received patent pending approval for his business method patent entitled “Personal Injury File Acquisition Method, Client Education Program and Case Referral System.” Attorney Hastings is also in the process of applying for patent pending protection for another business method that will revolutionize the way personal injury lawyers will do business by assisting clients in helping their attorney obtain more money for their personal injury cases.

Attorney Hastings is a graduate of the University of Connecticut (Business Administration) and Fordham University School of Law. He is trained as a mediator by Harvard Law School, the Center for Mediation in Law, and Quinnipiac Law School. He has also received Advanced Negotiation Training through Harvard Law School and Advanced Mediation Training through Windsor Faculty of Law in Toronto, Canada. Attorney Hastings holds the title of Distinguished Toastmaster from Toastmasters International, its highest designation. He is involved in a number of philanthropic endeavors, has held board positions in a number of charitable organizations, and has received a number of governmental appointments.