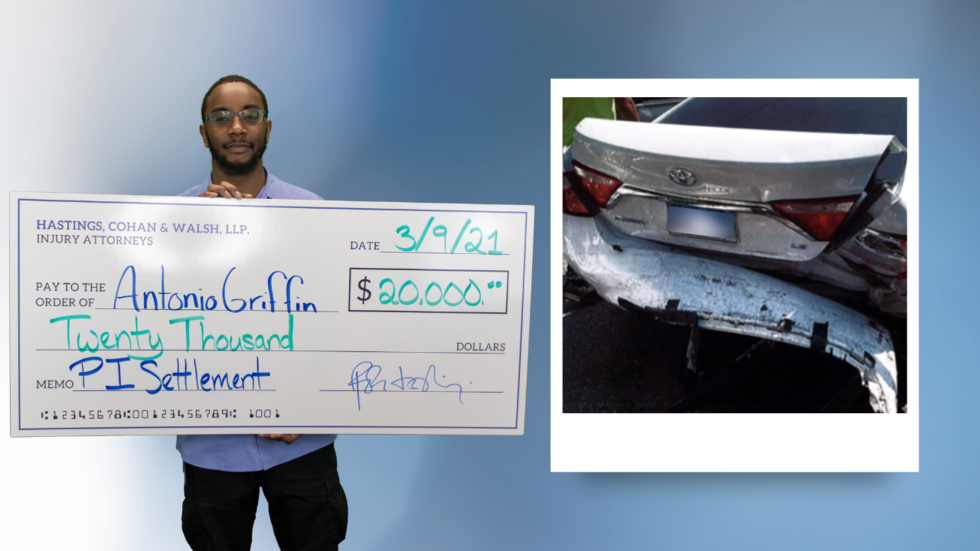 On August 26, 2021, at approximately 12:18 p.m., our client was traveling in a westerly direction on Boston Avenue, a public road located in the City of Bridgeport, when he was struck suddenly from the rear. The impact forced his vehicle off the road and into a United Illuminating utility pole. The driver who struck him had been traveling at a high rate of speed, swerving in and out of her lane of traffic. After striking our client and forcing him off the roadway, she proceeded to operate the motor vehicle recklessly and ultimately crashed into a storefront.

At the scene of the accident, our client complained of head pain and was later diagnosed with a head injury. His vehicle was totaled and towed from the accident scene as well. Needless to say, this was a horrific experience for our client to endure and he was extremely lucky that his injuries weren't more severe.

On the eve of trial, we agreed to mediate this case, and after an extensive mediation with much follow-up between the parties, the parties were able to reach a negotiated settlement.