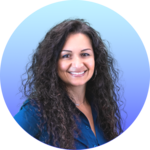 Karol T. Mora was born in San Jose, Costa Rica and came to this country in 1996. She received her paralegal degree from Naugatuck Community College and has worked in a variety of service industry jobs including being a personal trainer. She is currently a student at Western Connecticut State University where she will graduate in May 2022 with a degree in Justice and Law Administration. She lives in Ridgefield and has a daughter who is a sophomore at Western Connecticut State University.

On January 14, 2021, as she was going to the gym at 4:00 in the morning, she was hit head-on by a vehicle that was traveling at 95 mph. The driver of the other vehicle was killed, and Karol was taken by ambulance to the Danbury Hospital. Her injuries were so significant that she was transferred to Yale New Haven Hospital where she was placed in the intensive care unit.

Karol underwent three separate surgeries; whereby surgical hardware was installed in her body. She suffered a brain injury, 12 fractured ribs and a punctured lung. She experienced a significant spinal cord injury. Her leg and pelvis were separated from her spine and right arm and two ankles were broken. After convalescing at the Yale Haven hospital, she was transferred to the Gaylord Rehabilitative Care Facility.

She received substantial follow-up care and treatment and underwent explant surgery where the hardware was removed from her ankle. Her injuries are very significant and completely altered the way in which she goes about her activities of daily living.

Karol was so moved by the effects of her accident that she began working at the law firm that represents her in this very serious motor vehicle accident. She is excited to help people who are similarly situated in having been injured through no fault of their own. A fluent Spanish speaker, she looks forward to assisting the Hispanic community in fighting for their rights.