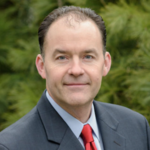 Proudly Serving All of Connecticut

Our Ridgefield personal injury attorney has ranked on National Trial Lawyers' Top 100 Trial Lawyers for the past several years and received the Martindale-Hubbell Client Distinction Award twice. Practicing law for over 23 years, Patrick has been representing families during the most trying of times, always with respect and compassion.

A History of Success

Attorney Walsh has an impressive background in handling Probate matters and representing individuals in various capacities. He has also been appointed by the Probate court on numerous occasions to assist the court as Guardian ad Litem. In addition to practicing law, he has served the Town of Ridgefield for the last fifteen years; three on the Zoning Board of Appeals and the last twelve years as a Planning and Zoning Commissioner. Patrick J. Walsh was the Vice Chairman of the Ridgefield Planning and Zoning Commission and on board of directors for The International Institute for Injury Prevention Inc., a non-profit corporation. For Attorney Walsh, it has been an honor and a privilege to give back to his community.

Attorney Walsh concentrates his practice in general civil and criminal litigation including personal injury litigation, commercial and residential real estate, trusts and estates, and probate administration. He draws on his remarkable business experience and is able to effectively represent commercial real estate developers and builders throughout the state of Connecticut.

Growing up the youngest of seven children, Patrick understands and appreciates the importance of family. He enjoys spending time with his wife, Kathleen, and their four children; McKinley, Delaney, Kiley, Clayton. Patrick also enjoys cheering on his children in their many activities and attending local events in his surrounding communities.

Attorney Walsh has accumulated an impressive list of awards and mentions by legal publications, including: 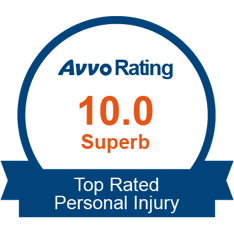